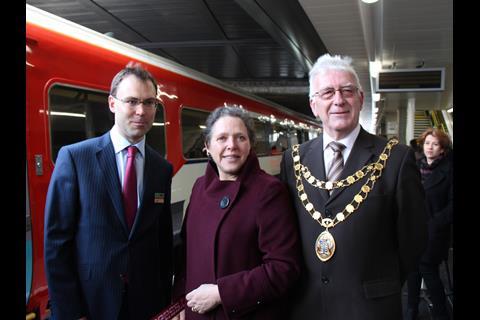 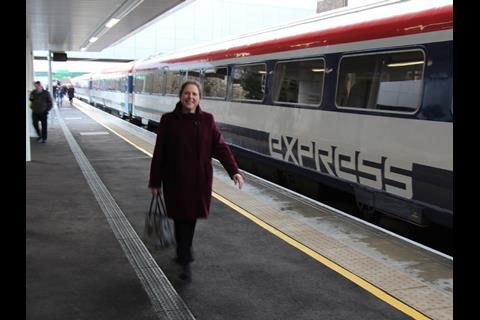 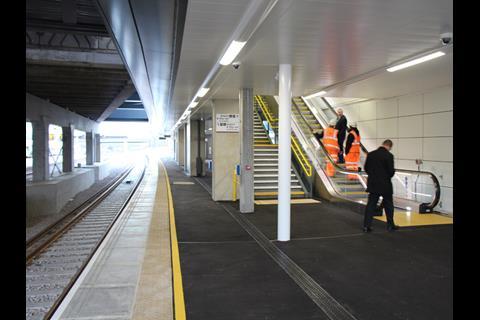 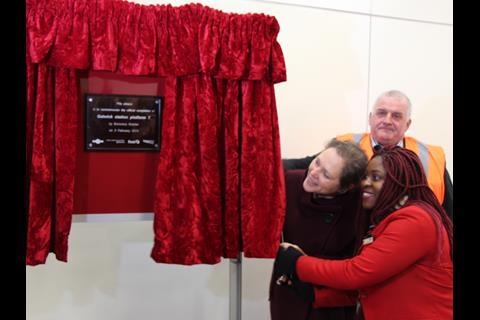 The platform forms part of a £53m project designed to improve capacity and flexibility on the Brighton Main Line, supported by £7·5m from Gatwick Airport Ltd.

The work was undertaken for Network Rail by Volker Fitzpatrick, which was also responsible for track and signalling modifications. Modular turnouts were provided by NR's National Delivery Service, and the signalling work was subcontracted to Signalling Solutions Ltd.

Platform 7 is served by a 975 m loop which will be used by Down Fast services now calling at Platform 5. This will free up platforms 5 and 6 for use by terminating Gatwick Express services, eliminating the current conflict with slow line trains caused by their crossing over to reach platforms 1 and 2. As part of the work, Volker Fitzpatrick has installed new escalators and lifts on platforms 5 and 6, which have also been resurfaced.

Baroness Kramer paid tribute to the many staff who worked on the final commissioning during a blockade over the Christmas period, ensuring that the project was finished on schedule and budget despite the extreme weather conditions.

She confirmed that the government had committed £50m for further enhancements at the airport station, which is used by more than 12 million passengers a year.