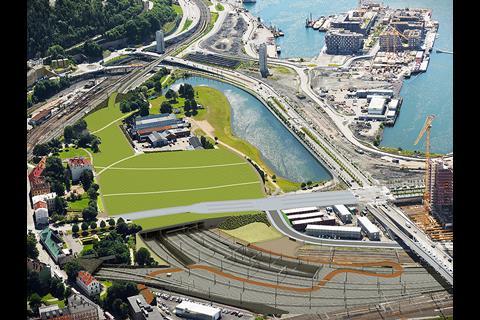 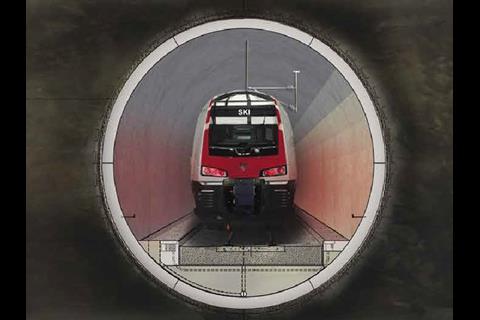 NORWAY: Infrastructure manager Jernbaneverket has awarded two contracts worth in excess of NKr2bn for civil and railway remodelling works as part of the Follo Line project to build a 22 km cut-off to enhance capacity between Oslo and Ski. Running largely in tunnel, the Follo Line is scheduled for completion at the end of 2021.

EPC Civil Oslo S contract is the fourth of five principal civil works contracts to be awarded on the project, and covers construction of track, structures and subgrade for the new alignment between Oslo Sentral and Ekeberg. Worth approximately NKr2bn, this package covers the excavation of a 600 m tunnel to link the main Follo Line bores to the existing network on the approach to Oslo Central. Jernbaneverket has selected Itlaian contractor Condotte to carry out the work, subject to a mandatory standstill period.

In addition, Jernbaneverket has awarded state-owned Norwegian contractor Baneservice a NKr220m contract to remodel the existing Østfold Line and the approaches to Oslo Sentral station to accommodate the new infrastructure. This contract also includes scope to modify existing railway assets to ensure that services can be maintained during the Follo Line construction phase.