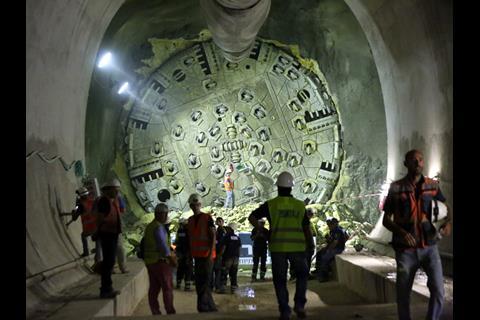 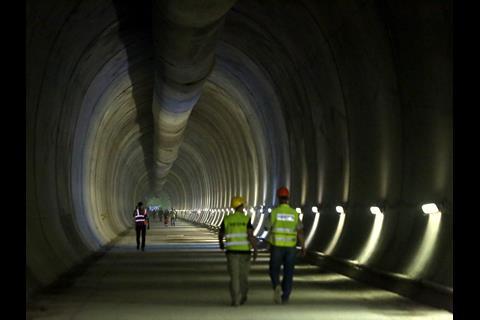 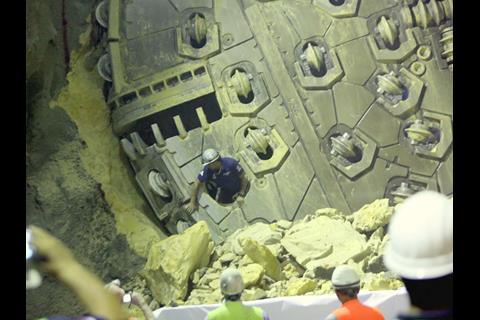 ISRAEL: The first bore of the 11·6 km twin-bore tunnel for the A1 fast line to Jerusalem was holed through on August 26. The tunnel between Yittla Creek and Mevaseret Zion in the suburbs of Jerusalem will be the longest in Israel.

The contractor is a joint venture of Shafir Civil & Marine Engineering and Impresa Pizzarotti, which began boring using two Herrenknecht TBMs in October 2012. The second bore is expected to be holed through during November. This will complete the last of nine tunnels totalling 14 km which are being built for the project.

The A1 fast link is being built for speeds up to 160 km/h, to provide a 28 min journey time on the 57 km route between Jerusalem and Tel Aviv. Opening is now planned for late 2017.

‘The A1 will entirely change the concept of distance between the two metropolitan areas’, said Israel Railways General Manager Boaz Zafrir, ‘reducing the number of cars on the roads, and consequently reducing road accidents, bottlenecks and air pollution.’