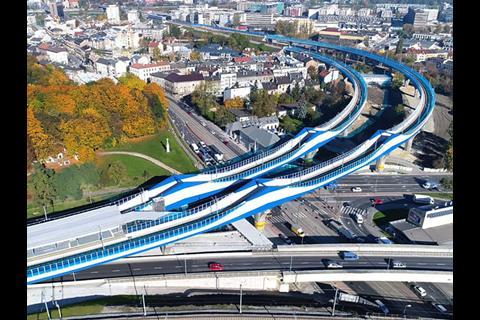 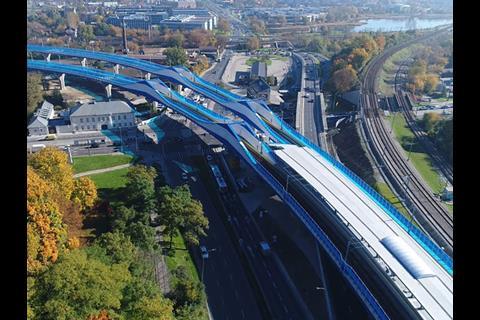 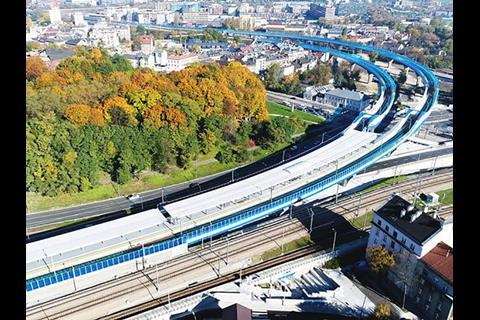 The chord removes the need for trains from Kraków Główny to Zakopane, Skawina and Oświęcim to reverse at Płaszów station, reducing journey times by up to 20 min while also lowering distance-based fares.

It was built by Budimex and Ferrovial Agroman under a contract awarded by infrastructure manager PKP PLK in 2015. The scope included two flyovers, 9 km of track, 6·5 km of electrification and the reconstruction of Krzemionki and Zabłocie stations.

The overall cost was 352m złoty, of which 192m złoty came from EU sources.