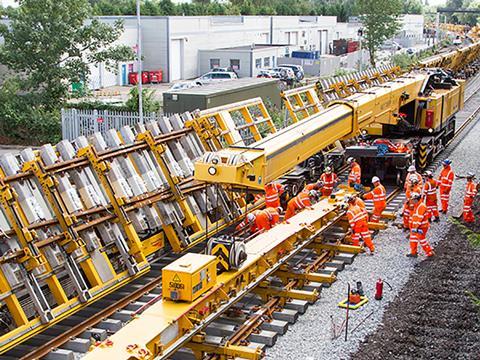 UK: Infrastructure manager Network Rail has begun the process of letting its ‘next generation’ of track works contracts, with publication of a Prior Information Notice in the Official Journal of the European Union. The contracts are expected to be worth up to £5bn over the 10 years from 2019.

Network Rail plans to form three ‘alliances’ with consortia which will be required to include a minimum of one construction contractor and one designer. The alliance contracts would combine plain line and switch & crossing works, which are currently contracted separately with only S&C undertaken through an alliancing model.

A supplier engagement briefing is planned for April 23, with the pre-qualification period expected to start in May.

Network Rail said it was seeking ‘highly innovative approaches, and a demonstrable track record of success in collaborative environments’. This would support its procurement strategy for Control Period 6 (2019-24), when it plans to enter into ‘collaborative style arrangements’ with the supply chain to achieve better value for money.