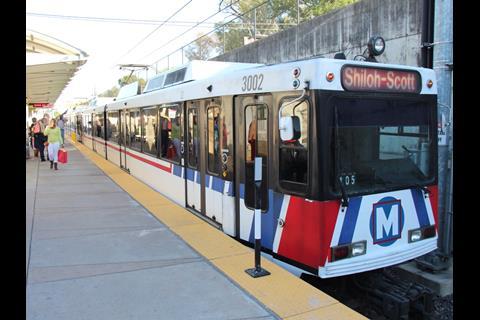 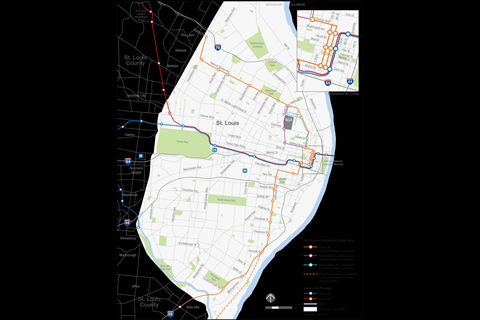 USA: Proposals for a north-south light rail line in St Louis have been unveiled by the city authorities at a series of community consultation meetings which began on January 16. East-West Gateway Council of Governments, has launched a conceptual design study for the 27·3 km Northside-Southside LRT in partnership with the City of St Louis.

Previously proposed in 1999 and 2008, the preferred route would start from the intersection of I-70 and Goodfellow Boulevard in the Pine Lawn district, and then run east along Natural Bridge Avenue before turning south on parallel single tracks through the city centre on 9th and 10th Streets. It would then follow Jefferson Avenue and I-55 to terminate at Bella Vista in South St Louis County. Alternative routes for some sections will be investigated as part of the study.

The line is expected to take around a decade to build at an estimated cost of $1·5bn; construction of the first phase could start in 2023 for opening around 2027. The capital budget for this section is put at $700m, with the Federal Transit Administration expected to contribute up to 50%. As Missouri has traditionally not provided state funding for public transport capital projects, EWCOG is considering the scope for attracting private sector contributions.

Unlike the existing MetroLink lines which fully are segregated and largely follow former railway alignments, the new line would operate on-street at lower speeds. According to the promoters, ‘the major benefit of street-running is a positive effect on neighbourhood development, as demonstrated by other modern light rail systems across the country’. The study identifies cites a number of cities, including Portland, Dallas, Minneapolis and Charlotte, where ‘transit is in the centre of residential and commercial activity, improving pedestrian and bicycle access, and making station areas more attractive to developers.’