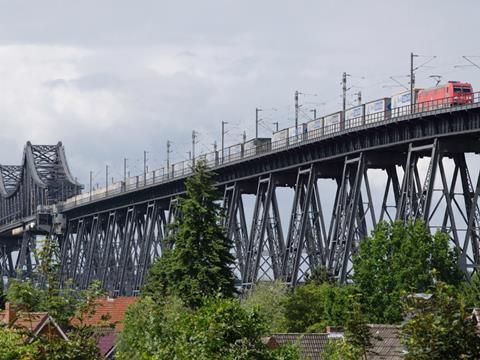 EUROPE: Passenger journey times on the 337 km route between Aarhus in Denmark and Hamburg in Germany could be reduced by 97 min to 2 h 53 min without requiring major infrastructure works, according to a study undertaken by Atkins on behalf of 17 local authorities.

Atkins has produced a series of proposals to speed up services:

In the longer term, a tunnel under the Kiel Canal at Rendsburg would eliminate the 4·4 km spiral used to gain height to cross the ship canal on a combined rail and transporter bridge.

The cost of the works in the Flensburg and Rendsburg areas is still to be calculated, but the local authorities are to explore options to develop the scheme.

The reduced journey times would be competitive with Aarhus - Hamburg car journeys, which Atkins says take around 3 h 20 min. Atkins estimates that ridership between Jylland and Hamburg could increase by 500 000 journeys/year, doubling current traffic, and regional passenger journeys could grow by 60%.