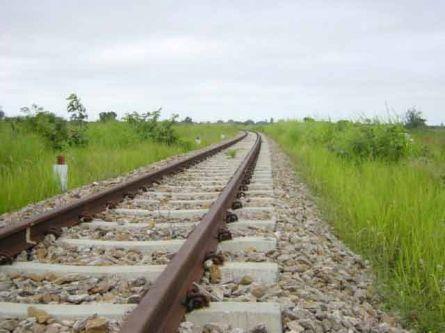 MALAWI: Brazilian mining group Vale officially launched the construction of its US$1·1bn heavy haul freight corridor to the port of Nacala on December 6, when the President of Malawi Joyce Banda laid a foundation stone at Neno. The ceremony was attended by representatives from the governments of both Malawi and Mozambique, along with Vale director Galib Chaim and country manager Ricardo Saad.

The most direct route linking the Moatize mines in Mozambique’s Tete province with a new deep-water port near Nacala runs through Malawi. In December 2011 Vale signed a concession contract with the government of Malawi to rehabilitate and operate the existing railway and to build a new link to the western border.

Vale has already been undertaking detailed engineering of the new line in Malawi for nine months, and negotiating compensation for land acquisition. The 136 km line would run from Cambulatsissi through Chapananga to meet the existing Central East Africa Railways network at Nkaya Junction, requiring the construction of 45 bridges and three viaducts. From Nkaya, 99 km of the existing line leading to the eastern border at Nayuci is to be rehabilitated. Banda said construction of the line would require around 4 500 workers at its peak, of which 70% would be Malawians. Work is due to be completed in 2014.

As well as the agreement with Malawi, Vale formed a new joint venture with Mozambique’s state railway CFM in July 2012. Known as Corredor Logístico Integrado de Nacala, this will be responsible for upgrading the existing line from Nayuci to the new port at Nacala-à-Velha and completing the link from Moatize.

The governments envisage that the project will improve the railway’s capacity to handle conventional freight and passengers as well as the heavy haul coal traffic. Banda said that ‘transport costs constitute about 60% of the landed cost of goods in Malawi. If we are going to be competitive regionally and internationally we need to bring those costs down.’ She expected that Malawi would save more than US$120m a year in reduced transport costs. Vale will be paying the government US$8m a year in concession fees.