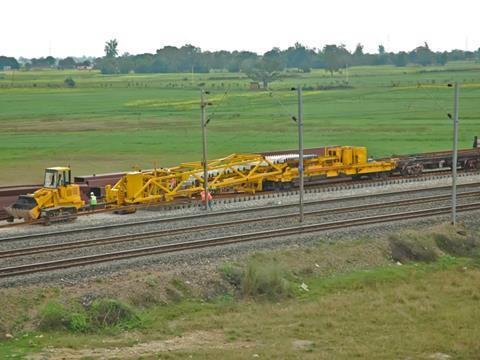 INDIA: The World Bank board approved a US$650m loan to support the construction of the Eastern Dedicated Freight Corridor on June 30. The loan from the International Bank for Reconstruction & Development has a seven-year grace period and a maturity of 22 years.

Meanwhile, the Cabinet Committee on Economic Affairs has approved revised cost estimates for the Eastern and Western DFCs. The construction costs are put at Rs266bn (Eastern DFC) and Rs462bn (Western DFC), with land acquisition costing Rs81bn. This excludes the cost of the 534 km Sonnagar – Dankuni section of the Eastern DFC which is to be implemented through a public-private partnership.