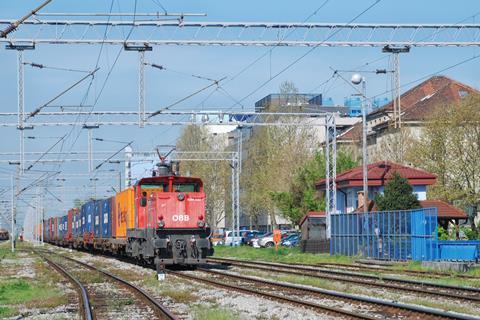 CROATIA: HŽ Infrastruktura and Swietelsky have signed a contract for modernisation of the 17·8 km Zagreb Zapadni – Savski Marof section of the Zagreb – Dobova line. This is used by 160 trains/day including Zagreb suburban services.

The 27-month project will raise the maximum speed from 60 to 120 km/h. It includes the renewal of three bridges, several level crossings and passenger facilities at the stations.

The contract signed on February 20 is worth 365·7m kuna excluding VAT, with 210m kuna to be financed using a World Bank loan.

World Bank director for Croatia Elisabetta Capannelli said the work would remove a critical bottleneck, improving capacity and safety on the route.