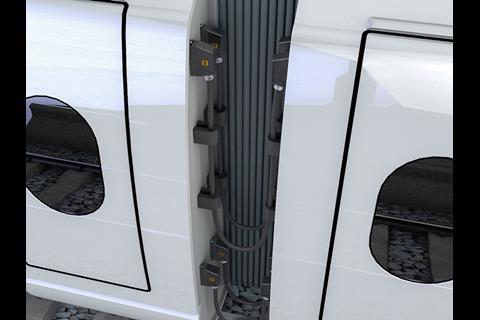 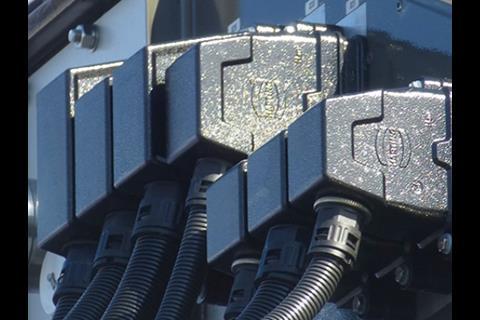 HARTING: Data communications and connector specialist Harting has launched its first modular connector designed for the Category 7A transmission standard, adopted as the future standard for rail vehicle applications.

Wi-fi and smarter passenger information systems, video surveillance and monitoring sensors are driving a rapid increase in the amount of data that must be handled onboard, requiring powerful communications networks and faster transmission speeds. According to Levon Altunyan, Industrial Segment Manager, Transportation, at Harting Electric, Cat 7A permits transmission in a higher frequency range than its predecessor.

Designed for inter-vehicle jumper connections, the Han Gigabit Cat 7A module provides a parallel 10 Gb Ethernet bandwidth with an operating frequency of up to 1 000 MHz. It is based on the Cat 6A standard interface, but with enhanced shielding which provides significantly improved signal integrity.

Cat 7A cables consist of four individually-shielded pairs of wires, which are in turn surrounded by another shielding braid, improving protection against electromagnetic interference. The new interface is shock and vibration resistant, meeting DIN EN 61373 category II, and making it suitable for use under the often-extreme conditions found in railway environments.

Another key factor driving digital transmission technology in the rail sector is space, and Harting has been working on the challenge of miniaturisation in terms of EMC, robustness, and ease of handling. Its connectors use labyrinth structures with special enclosures and inserts to support shielded transmission. EMC protection is achieved primarily by homogeneous screening, which depends on good transition between individual components. Overlapping contact zones in the connectors are as large as possible to provide a good contact and low impedance. A combination of the Han HPR (High Pressure Railway) connector hoods and housings with Han Megabit or Gigabit modules has been verified through both laboratory testing and practical trials.

The smallest variant to handle a 10 Gigabit transmission is the Han 6 HPR housing, which occupies a base area of 132 mm x 58 mm for the bulkhead-mounted housing, with an overall height of 130 mm. This provides space for two Cat 7A Gigabit modules (male and female). A popular option for jumper cables is the Han 24 HPR housing fitted with up to eight Han Gigabit modules.

As well as providing sufficient bandwidth to future-proof the Ethernet transmission for the next generation of trains, this configuration allows the provision of three separate networks in line with UK recommendations.