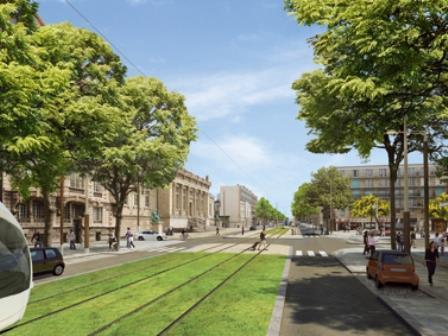 Le Havre is building a 13 km Y-shaped tram network, centred on Place Jenner, with lines running west to Porte Océane through a new 600 m tram tunnel in the city centre, north to Grand Hameu and east to Caucriauville-Pré Fleuri. There will be 23 stops.

Preparatory work has already commenced, and main works are expected to begin this autumn. The project is being supervised by a consortium led by Systra and including Ingérop, Attica, Ateliers Lion and Ateliers Osty.

The air-conditioned low-floor cars will be 32 m long with space for more than 200 passengers. Testing is scheduled to begin in July 2012, with the opening in December. The depot will be built near the western terminus at Grand Hameau in Octeville-sur-Mer.