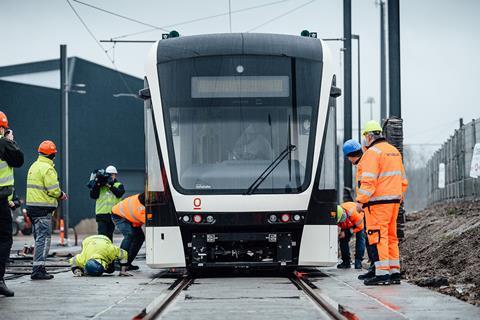 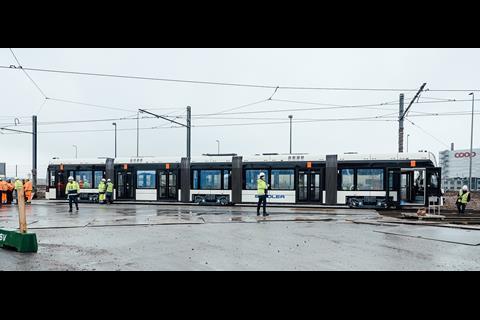 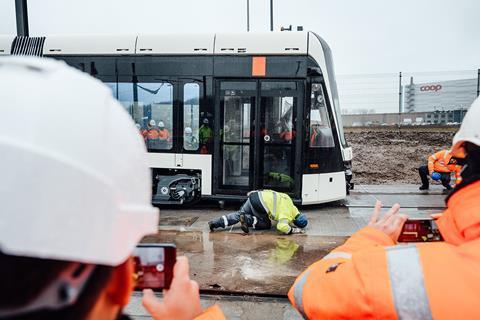 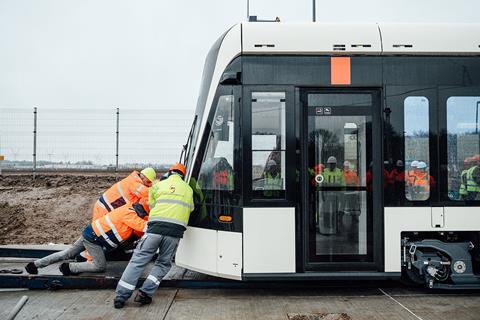 DENMARK: The first of 16 Stadler Pankow trams for the light rail line under construction in Odense was delivered on February 20, with Mayor Peter Rahbæk Juel watching the vehicle being unloaded from the lorry which brought it from Berlin.

They will be delivered with the exteriors completed, but fitting-out of the interiors will be undertaken at municipal project promoter Odense Letbane’s Munkebjergvej depot. Each tram will have 60 seats and a capacity of 193 passengers.

The trams will carry names selected by the public on the theme of ‘Travelling is to live’, with one named after a local type of cake.

The 14·5 km light rail line is being built at an overall cost of DKr3bn at 2014 prices, with the opening scheduled for autumn 2021. It will run between Tarup in the northwest of the city, the railway station, Syddansk Universitet, a hospital site and Hjallese in the south, with 26 stops.

Services are to be operated under a DKr1·2bn 15-year contract awarded to Keolis, which operates the buses in Odense as well as light rail services in Aarhus.

Trams will run every 7½ in the peaks and typically every 15 min off peak, with a maximum speed of 70 km/h and an end-to-end journey time of 42 min. The fare system will be integrated with the buses, and ridership is forecast at 10 to 11 million passengers/year.