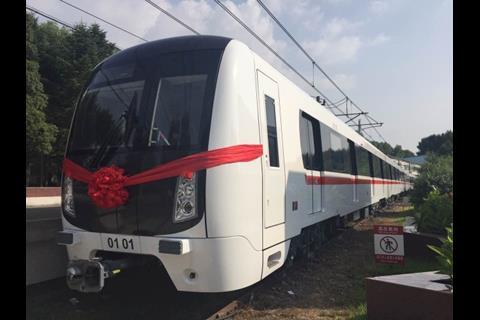 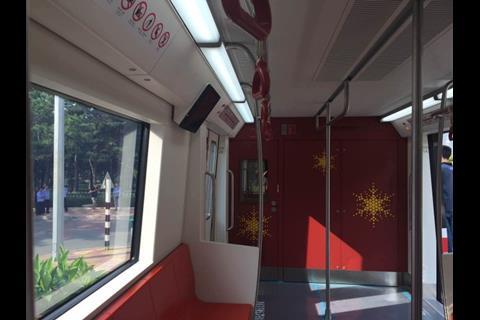 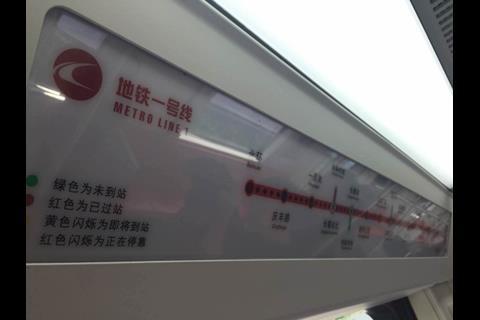 CHINA: The first train for the Changchun metro was presented to the city on August 2. Nicknamed Little Snow Leopard, the six-car Type B set is the first of 22 that CRRC Changchun is supplying for the city’s first metro line.

According to the city administration, the white exterior livery celebrates the city’s snowy winters and the red interior design reflects the ‘hearty hospitality’ of the inhabitants. The train is equipped with LED dynamic route maps and passenger information displays, and has capacity for 1 888 passengers. The interior is designed to keep passengers comfortable at external temperatures as low as -35°C.

The aluminium-bodied trainset comprises four motor and two trailer cars, and has a maximum operating speed of 80 km/h. It is designed to absorb the impact of a crash at 25 km/h with no damage, and can withstand fires for up to 45 min. There are four emergency door opening mechanisms.

Deliveries are due to be completed by May, in time for the opening of the north-south Line 1. This will run underground for 18·5 km, serving 16 stations. This will augment Changchun’s light rail and tram routes, and will be joined by the east-west Line 2, scheduled to open in 2018.