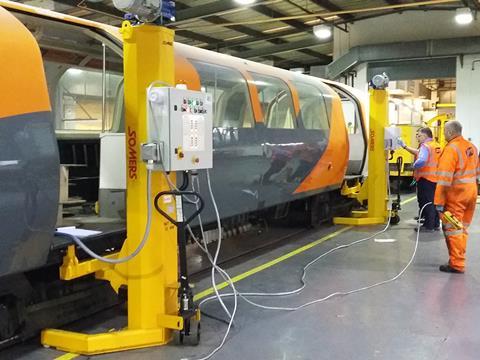 UK: Lloyds Somers has supplied sets of bogie rotators and vehicle lifting jacks for use at the Glasgow Subway depot.

The rotators for use with the metro trainsets’ 1 220 mm gauge bogies were a repeat order to a pair which had been supplied previously, but the rail vehicle lifts were a new application which the Subway has not used before. They were supplied as a single set of four jacks, but the control system can be expanded to provide a synchronised lifting arrangement for up to five sets totalling 20 jacks.