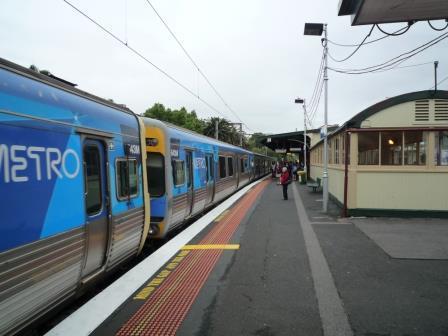 AUSTRALIA: Victoria Premier Daniel Andrews and Minister for Public Transport Jacinta Allan announced on March 15 that the state government has increased its planned order of High Capacity Metro Trains to 65.

A contract is due to be awarded later this year, with the first train expected to arrive in 2018. The contract specifies a minimum local build requirement of 50%. The operations and maintenance element of the PPP contract would run for 30 years from fleet acceptance, which is planned for mid-2022.

The EMUs are intended to increase capacity on the Cranbourne – Pakenham line as part of a A$2bn project that also includes upgraded signalling and a new depot in Pakenham. The state government says that increasing the order size will ensure that every train needed for the Melbourne Metro Rail project would be ready once the cross-city tunnel opens in 2026.

Capacity increases of more than 40% are expected to come from the new rolling stock, level crossing removals, station rebuilding and infrastructure upgrades.

‘We’re making the biggest order of new trains in Victoria’s history to create local jobs, reduce congestion on Melbourne’s busiest line and make the most of Melbourne Metro Rail from day one’, said Andrews.