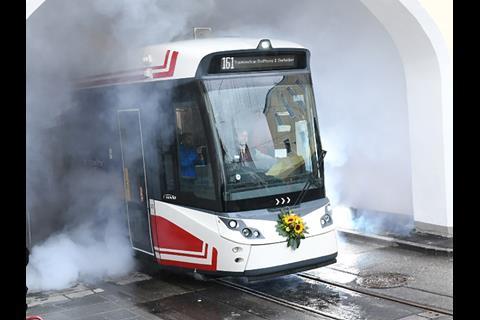 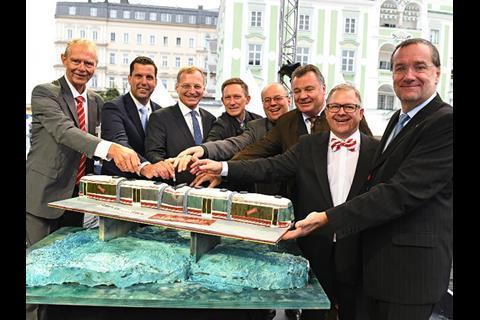 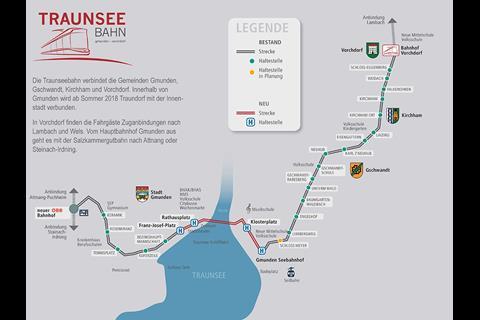 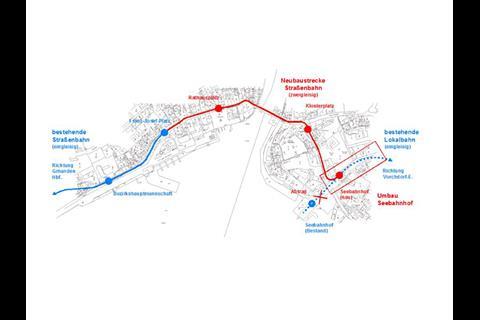 AUSTRIA: A link enabling through running between the Gmunden tramway and the Traunseebahn local railway opened on September 1, with the inauguration celebrations being followed by two weeks of free travel.

Services run from Gmunden station to the town centre every 15 min, continuing over the railway to Vorchdorf every 30 min.

A connection between the 2·3 km tramway linking the main station with the town centre and the 14·9 km local railway has been proposed since the opening of the metre gauge lines 123 years ago.

The city council gave its backing to the project in February 2013 and agreed to meet 20% of the €30m cost, with the Land of Oberösterreich paying 80%.

The StadtRegioTram project included moving the terminus of the local railway from the former Gmunden Seebahnhof to a new terminus closer to the town centre at Klosterplatz in 2014, construction of the 620 m connection between Klosterplatz and Franz-Josef-Platz via a replacement bridge over the River Traun, and associated changes to the road network.

In January 2014 Stern & Hafferl, which operates both lines, signed a €30m order for 11 Vossloh Tramlink V3 light rail vehicles for use in Gmunden and on the Attergaubahn from Vöcklamarkt to Attersee. The five-section 100% low-floor cars with a maximum speed of 70 km/h are 30 m long and 2 400 mm wide, with 76 seats, a total capacity of 183 passengers and space for prams, wheelchairs and bicycles. The order was funded as part of Stern & Hafferl's operating contract with the Land of Oberösterreich. The first three LRVs entered service on the Traunseebahn in March 2016, replacing trams on loan from Innsbruck and older vehicles.