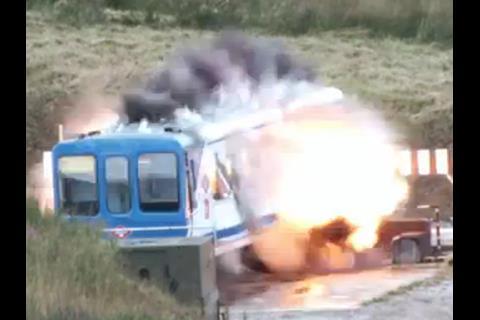 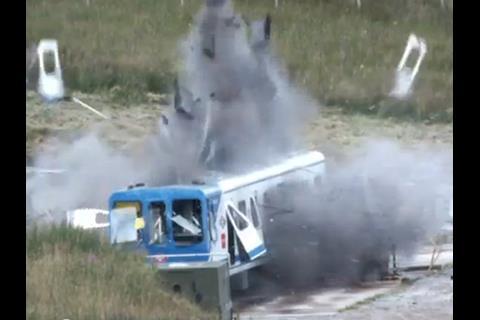 EUROPE: Controlled explosions have been carried out on a decommissioned Madrid Metro car and a prototype redesigned vehicle as part of a research project which aims to develop blast-resilient metro cars better able withstand a terrorist attack.

The three-year EU-funded SecureMetro project is being led by the NewRail research centre at Newcastle University in the UK and brings together 11 partners including Bombardier, RATP and Metro de Madrid.

The focus is on containing the impact of a blast, the main cause of death and injury, and on reducing debris which forms an obstacle for emergency services trying to gain access to injured passengers.

Researchers analysed vehicles involved in the July 7 2005 London Underground bombings. They then carried out a controlled explosion on a Madrid Metro car which was recorded with high-speed cameras to gain an understanding of how the blast wave moves along the coach and how the interior furnishings react.

The findings were used to produce a prototype vehicle modified with blast resilience in mind. Changes included tethering components such as ceiling panels with retention wire, applying plastic coatings to the windows to prevent people on platforms being hit by glass, and replacing heavier structures with lighter and energy-absorbing materials. The researchers have also investigated the benefits of dividing up the car interior using energy-absorbing materials.

'The Madrid bombings in 2004 and the 7/7 attack in London the year after highlighted how vulnerable our trains are to attack, particularly busy metro and commuter trains', said Conor O'Neill, Rail Vehicles Group Manager at NewRail.

'At the same time we have to be realistic, completely replacing existing vehicles just isn't an option. Instead, we have developed and incorporated new technology and materials into existing carriages to improve performance. And what we've shown is that companies could make some relatively cost-effective and simple modifications that would significantly improve the outcome of an attack.'