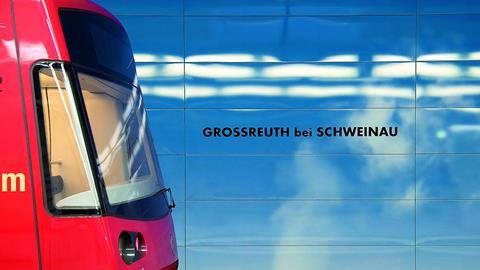 GERMANY: ‘The southwestern area of the city is now a little closer to the centre’, said Mayor Marcus König during the opening of a 1·1 km extension of Nürnberg metro line U3 from Gustav-Adolf-Straße to Großreuth bei Schweinau on October 15.

Construction of the underground extension began in October 2014. The federal government and the Land of Bayern contributed €43m towards the €69m cost of construction, which included €7m for equipment to support driverless operation.

The track features a mass-spring system to protect adjacent buildings from vibrations.

A further 2·1 km extension to Kleinreuth and Gebersdorf is under construction for opening in 2024-25.