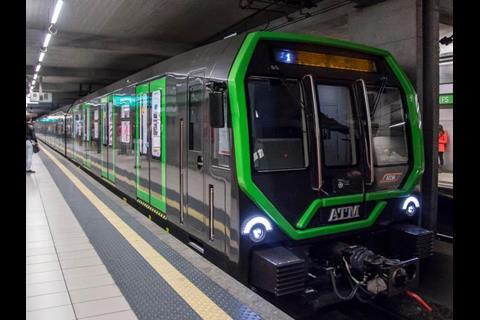 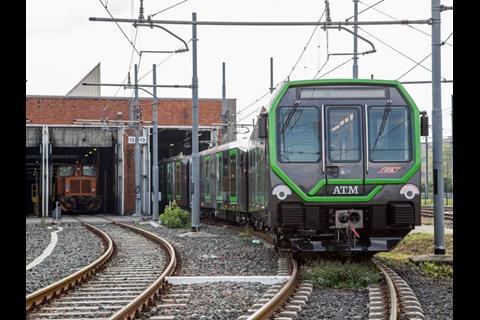 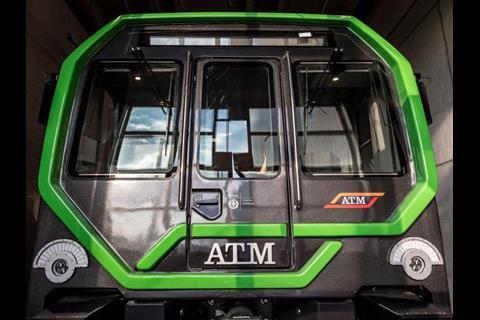 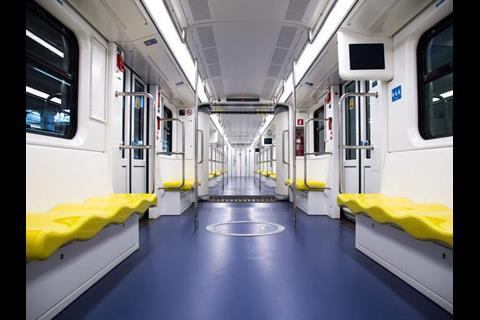 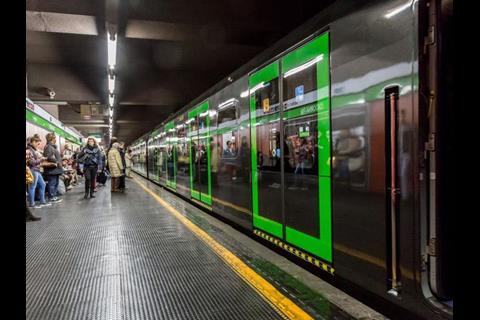 ITALY: The first of 10 Leonardo trainsets for metro Line M2 in Milano entered service on November 4.

Transport operator ATM ordered 30 six-car trainsets from AnsaldoBreda in 2012. The €220m cost is coming from ATM’s funds, including a loan from the European Investment Bank. The order was a response to increasing ridership, with Line M2 now carrying more than 500 000 passengers/day.

The 107 m long walkthrough trains have capacity for 1 232 passengers, and are equipped with air-conditioning and LED lighting. Their maximum speed is 90 km/h, and they have energy consumption up to 25% lower than in the older trains, according to ATM.