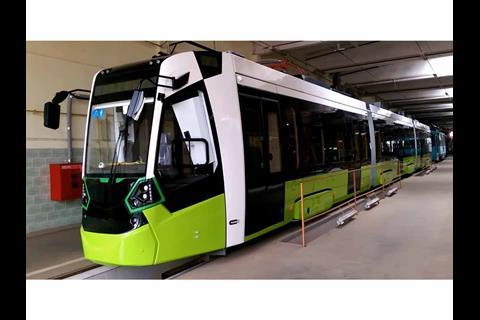 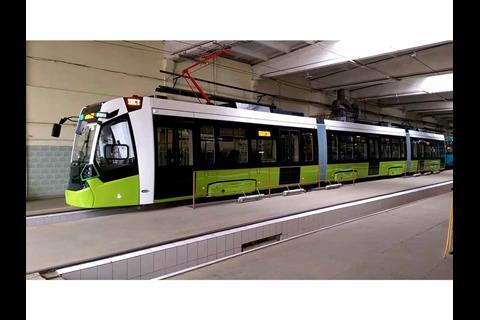 RUSSIA: The first trams for the privately operated fast tram route being developed in St Petersburg are nearing completion at Stadler’s factory in Minsk. The first tram is due to begin dynamic testing on the Minsk network shortly.

Future operator Transportnaya Koncessionnaya Kompanya has branded the tram Chizhik, the Russian name for the Eurasian siskin, suggesting a reference to Russian Railways naming its rolling stock after birds. It has also introduced a marketing slogan of ‘ride and smile’ for the new service, which is due to begin in September.

The TKK consortium of Lider Group and LSR Group is developing the fast tram project under a 30-year BOT agreement. Last year it ordered 23 three-section bidirectional trams from Stadler’s Metelica family. The first six are due to be delivered in time for the start of services, with deliveries due to be completed this year. Stadler will provide maintenance during the five-year warranty period

Preparatory works recently started to upgrade track on a 2 km section near Ladozhsky railway station. In addition to upgrading existing routes to fast tram standards, the project includes the construction of a new connecting line and a depot. The work is due to be completed by 2020.