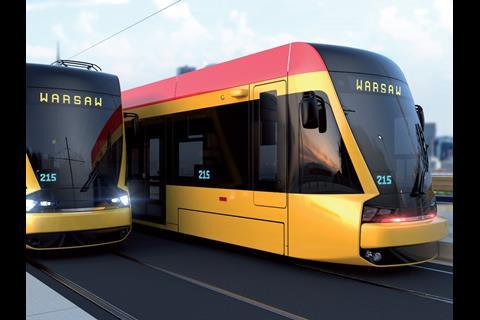 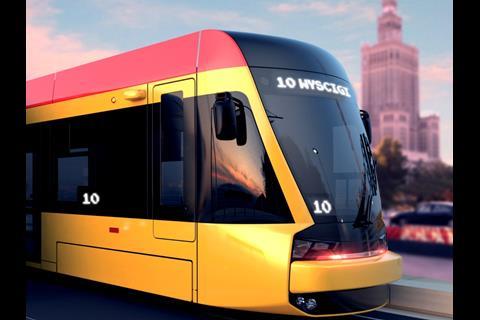 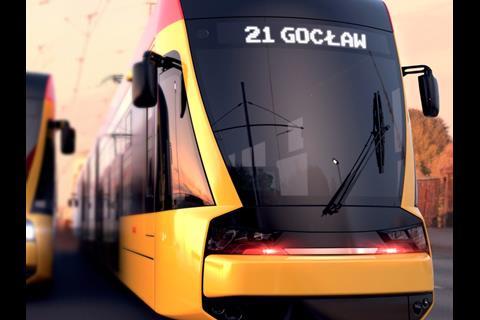 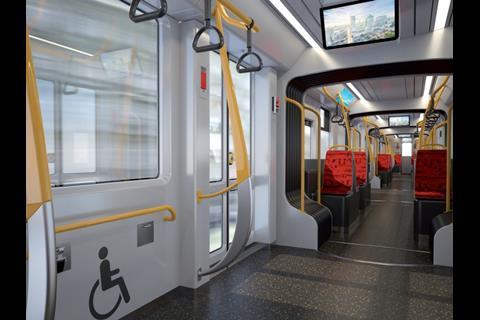 POLAND: Hyundai Rotem has signed a contract to supply up to 213 trams to Warszawa. Operator Tramwaje Warszawskie says that the order, announced on June 12, is the largest tram contract ever signed in Poland.

The air-conditioned trams will have a maximum speed of 70 km/h and will be able to operate for at least 120 m without an external power supply, using onboard energy storage. The long trams will have capacity for 240 passengers, while the short variant will carry 160 passengers.

Deliveries are scheduled to start in 22 months. Hyundai Rotem says that at least 40% of the vehicles will be assembled at a factory that the company plans to build in Poland. Furthermore, 60% of the components are to be sourced from EU countries. Polish firms Medcom and ATM will supply traction equipment and data collection equipment respectively.

‘Hyundai Rotem sees Poland as a location for long-term development’, said Director General Geon Yong Lee. ‘We are going to open a branch in Warszawa with pan-European reach, we will strive at acquiring new contracts.’

TW initially called tenders in February 2017, but the process was subsequently cancelled and the contract retendered the following year. TW announced that it had selected Hyundai Rotem as preferred bidder on February 8 2019. Its bid of 1·8bn złoty excluding VAT was chosen over offers from Pesa and a Stadler-Solaris consortium. The procurement is being partly financed by 285m złoty from EU funds.

If all options are exercised, 80% of the TW fleet would be made up of fully low-floor trams, up from the current proportion of 59%. The new trams would be used across the network, including on the 20 km of extensions that are currently planned. These include branches to Wilanów and Gocław.