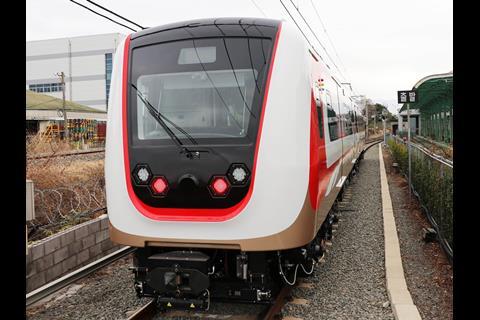 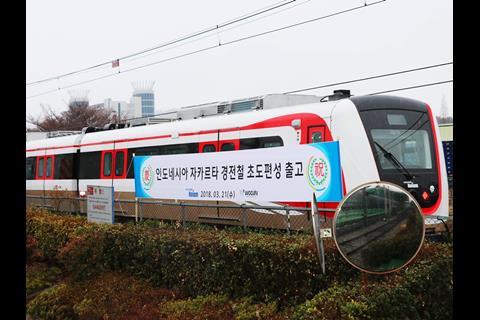 INDONESIA: Hyundai Rotem has rolled out the first of eight two-car light metro trainsets for Jakarta at its Changwon factory.

The Korean company was selected last year to supply rolling stock for the first phase of a light metro network that is due to open in in time for the Asian Games which Jakarta is hosting in August 2018.

Hyundai Rotem is working with Woojin Industrial Systems on the aluminium bodied vehicles, deliveries of which are due to be completed by October. The contract includes options for up to 110 cars to operate on further phases of the planned network.

The light metro is a separate project from the underground heavy metro currently under construction. The first train for that project was rolled out from Nippon Sharyo’s Toyokawa Plant on February 21.