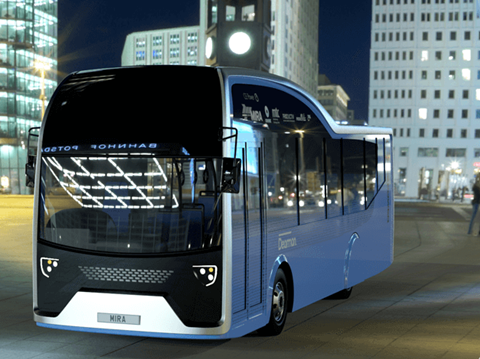 UK: Testing of a prototype liquid nitrogen hybrid bus engine has been completed at Horiba Mira’s facility in Nuneaton.

The liquid nitrogen is stored in an insulated low-pressure cylinder. When required, it is heated to boiling point so that it can drive the cylinders of the engine. Above 32 km/h the diesel engine takes over.

Acceleration and deceleration has a heavy impact on the diesel engine and can produce large amounts of nitrogen oxide and carbon dioxide. By using liquid nitrogen at low speeds, the consortium hopes to reduce emissions as the bus pulls into and out of stops.

According to Dearman, liquid nitrogen hybrids have a longer life than battery hybrids, and the engine can be refuelled in a few minutes.

‘The Dearman Engine has the potential to significantly improve the efficiency of both buses and HGVs, reducing fuel consumption and cutting pollution’, said Dearman’s Commercial Director David Sanders. ‘Crucially, it can provide a cost effective alternative to other emerging zero emission technologies, whose environmental performance if often offset by complexity and cost.’