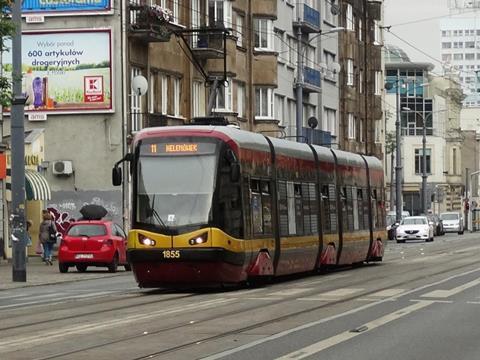 The Bydgoszcz-based supplier is to supply five-section trams from its Swing family for 99·6m złoty, with deliveries due to be completed before the end of September 2018.