More lorries to move by rail 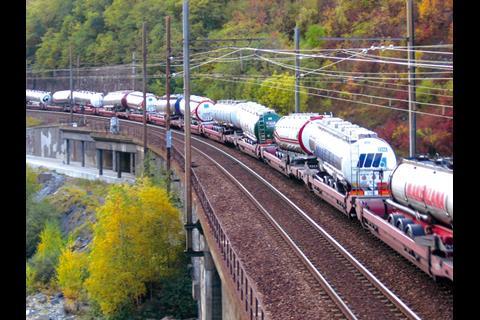 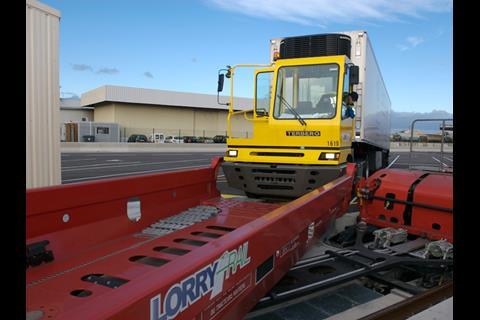 In his presence, SNCF Geodis Managing Director Alain Picard and Lohr SA President Robert Lohr signed a contract worth €39m for the supply of 102 Modalohr swing-tray wagons that are to be deployed on two daily return services between Calais and Le Boulou near Perpignan from the start of 2015, running via Bettembourg.

Due to be introduced at the start of 2016, the second service would connect Dourges south of Lille with Tarnos near Bayonne on the Atlantic coast close to the Spanish border, running via Paris and Bordeaux. Under the terms of a 15-year concession to be considered by the SNCF board at its next meeting, SNCF Geodis subsidiary Lorry-Rail would invest €400m in building the new terminals at Dourges and Tarnos and a further 278 Modalohr wagons that are expected to be ordered within a few months.

Four services a day would operate in each direction, on what the ministry says will be the first route able to accommodate trains over 1 000 m long. The new Atlantic service is expected to remove over 85 000 lorries from the roads each year, cutting C02 emissions by some 75 000 tonnes.

Cuvillier said that the launch of the two new services was evidence of the government’s commitment to reviving rail freight and intermodal traffic. ‘These are real projects which enable us to reduce the number of heavy lorries on our roads and motorways, and therefore reduce local pollution and greenhouse gas emissions, while at the same time supporting employment in the rail industry’, he said.