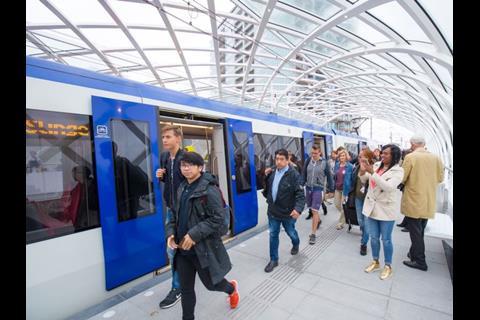 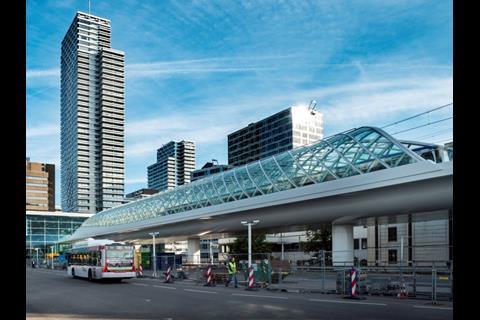 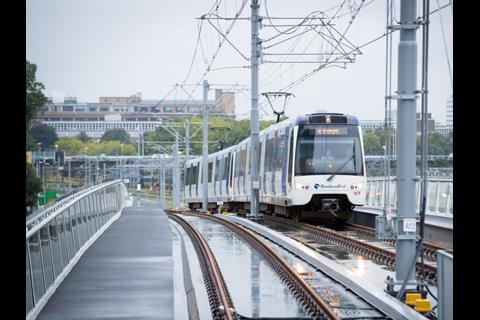 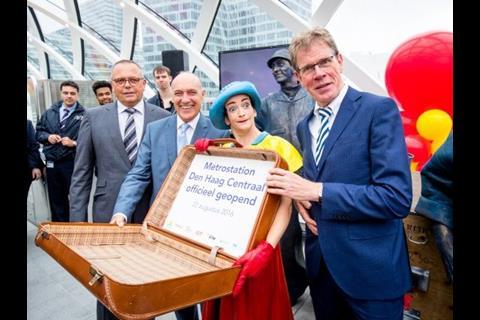 The platforms sit above the main station and bus station, from which they are accessible by a covered walkway. Line E trains have to climb 12 m along a viaduct to reach the platforms, which are under a glass and steel roof.

Infrastructure manager ProRail was responsible for the project, with BAM as contractor and Zwarts & Jansma Architects involved in the design.

The rebuilt main line station was officially inaugurated on February 1. This forms part of a national station modernisation programme that includes the rebuilding of several other stations.