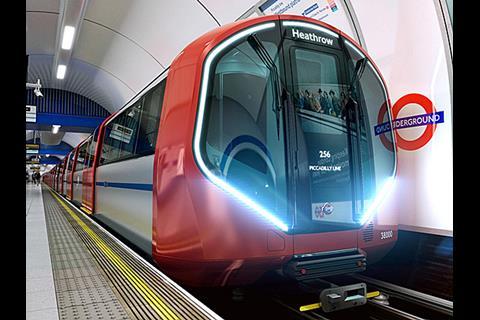 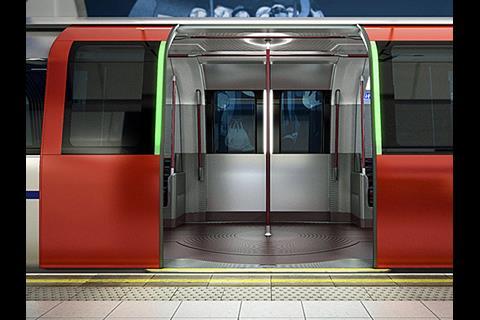 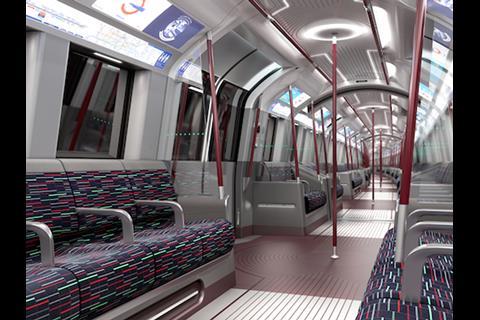 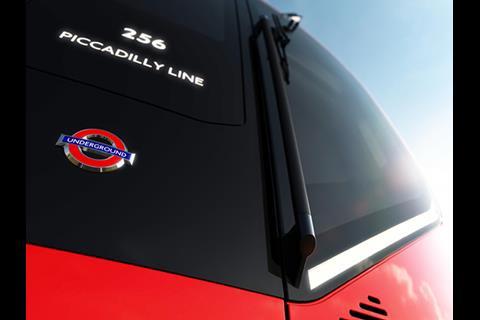 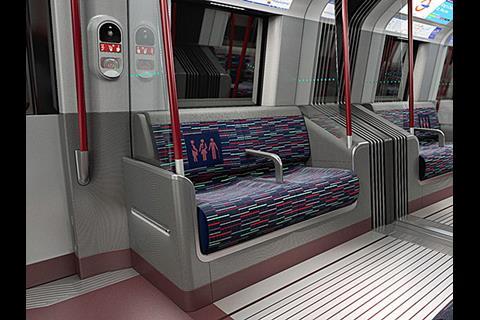 Transport for London has shortlisted Alstom, Bombardier, CAF, Hitachi and Siemens for the contract to supply around 250 trainsets. It plans to issue formal invitations to tender in early 2015, with a contract expected to be worth between £1·0bn to £2·5bn scheduled to be awarded in 2016. The first trains would enter service on the Piccadilly Line in 2022.

TfL’s commissioned transport design consultancy PriestmanGoode to develop the designs, which set out its aspirations for the new trains. PriestmanGoode co-founder Paul Priestman told Railway Gazette International that the consultancy has worked closely with London Underground’s ‘very experienced’ engineers over the past 2½ years, as well as drawing on its extensive global rail and aviation experience. ‘It is a good team effort’, according to Priestman. ‘Good design isn’t just about style, it’s about making something better and easier to run and maintain.’

The design brief was to maximise available passenger capacity and provide a cooler environment. The exceptionally small profile of the deep-level tunnels mean that installing air-conditioning is very difficult, because there nowhere for the excess heat to go. ‘It’s not an easy problem to solve’, says Priestman. ‘The best way to do it is to put less heat into the system’, by designing lighter and more energy efficient trains. In the central areas ‘the train doors are open more than they are closed’, and so air-conditioning is ‘self-defeating’; air cooling will be used instead.

The restricted profile means the designers must ‘get every millimetre of space for the passengers’, says Priestman, adding that fitting everything in the available space is ‘a problem solving project’. The ventilation ducts for the air cooling would be built into the structure, rather than added internally, to maximise available space. Equipment also has to be mounted under the seats, precluding the use of cantilevered seats.

To save weight the trains would be articulated, reducing the number of heavy bogies and providing walk-through interiors. This will increase passenger capacity and allow equally-spaced double doors to help passenger flow and minimise dwell time.

The styling is intended to be distinctively London and last for 40 years or more. But ‘we don’t want to make it look old fashioned’, says Priestman. The designers ‘took inspiration from iconic London landmarks and key attributes of British design’ to create a train which is ‘beautiful, simple, functional and maintainable.’ The colour scheme is inspired by London features including Portland stone, cast iron railings, oxblood tiles found on older Underground stations, and the green colour of church roofs.

TfL has specified that the trains will be designed and built to be ‘future-proof’, with ‘the capability for use in fully automated mode in the future’. TfL said it ‘would only consider implementing full automation following extensive engagement with our customers, stakeholders, staff and trade unions’, and ‘given our existing train fleets, all drivers currently working at London Underground will be able to continue to drive trains for the remainder of their careers’. The earliest date for driverless operation would be 2027.