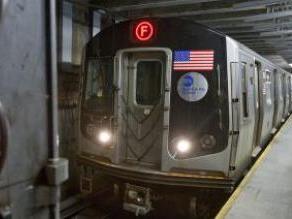 The two 67-month contracts are for Siemens Industry Inc ($156·2m) and Thales Transport & Security ($49·6m), currently the only two suppliers qualified by the MTA for CBTC projects. A separate $1·2m contract is to be awarded to Mitsubishi Electric Power Products Inc to develop and test CBTC, with the aim of qualifying as an additional supplier for future projects. All three contracts are being fully funded by the MTA.

Under QBL West Phase 1, CBTC is to be installed on local and express tracks serving the E, F, M and R lines from east of Kew Gardens/Union Turnpike station to north of 47-50 Streets/Rockefeller Center station and south of 50 Street station.

Design work is due to begin later this year, with the main installation to start in mid-2017. MTA plans to equip the entire Queens Boulevard Line with CBTC in the longer term.

CBTC is currently operational on the L-Canarsie Line and is being installed on the 7-Flushing Line. According to MTA, the QBL West project is the first time that CBTC will be installed on lines carrying multiple Subway routes.