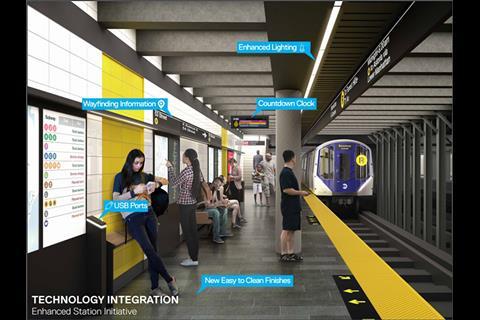 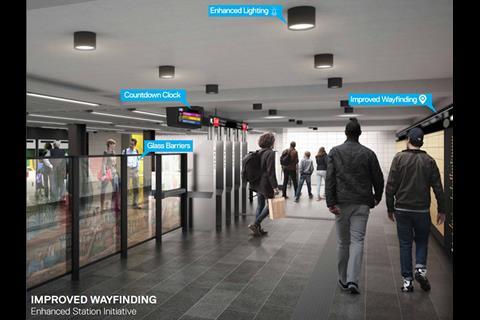 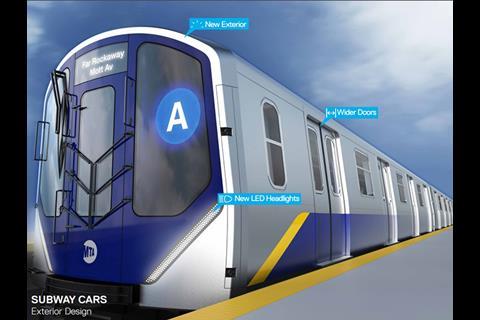 Speaking at the Brooklyn Transit Museum, Cuomo said that by July 22, New York MTA would issue a Request for Proposals covering the procurement of 1 025 metro cars for the Subway network. Of these, 750 would be designed with walk-through interiors replacing the conventional inter-car gangways. A revised exterior design is also envisaged, including a blue and gold livery replacing the current bare steel.

The cars are expected to feature a range of other enhancements, including wi-fi, digital information screens, USB charging sockets and coloured light indicators to warn of door closure. The doors will be 1 475 mm wide, an increase on the previous MTA standard width of 1 270 mm. These enhancements together are expected to reduce dwell times at stations by up to 32%, MTA says.

MTA’s in-house design team has developed the outline specification for the updated Subway cars with a view to importing best practice from other cities around the world; MTA cites Toronto, London and Paris as influencing the decision to adopt the walk-through interior. Antenna Design acted as Lead Designer for MTA and CH2M was engineering consultant.

Cuomo also announced that tenders would be called ‘this week’ for design-build contracts to refurbish three Subway stations under the first phase of a wider enhancement programme covering 31 stations across New York’s five boroughs. The refurbishment of Prospect Avenue, 53rd Street and Bay Ridge stations, all in Brooklyn, would act as a pilot for longer-term refurbishment programme aimed at ‘improving the customer experience’ at more than 170 stations. Key elements include better lighting, wi-fi and USB charging provision, clearer signage and real-time digital service updates. MTA is to issue Requests for Proposals covering the initial tranche of 31 stations over the next year; during the work, station closures would be limited to six months. Lead designer Grimshaw Architects and project manager Arup are supporting MTA on the stations programme.

‘New York deserves a world-class transportation network, worthy of its role as the heartbeat of the 21st century economy’, Cuomo said. ‘The MTA design team developed a bold and visionary reimagining of the quintessential commuter experience, incorporating best practices from global transit systems, and focusing on our core mission to renew, enhance and expand.’

Cuomo said the investment in both rolling stock and stations would come from the $27bn MTA Capital Program for 2015-19 agreed by the state government on March 31.