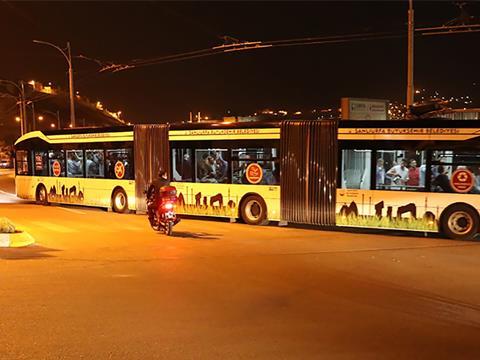 TURKEY: The first trolleybus route in Şanlıurfa was ceremonially inaugurated by Mayor Nihat Çiftçi on October 16, with regular passenger services planned for next month.

This is the first phase of a planned four-route network totalling 78 km which is being developed under the Trambüs brand. The second stage is scheduled to open in 2019.

The initial route is 7·7 km long and was developed a cost of TL82·6m. About half of the route is equipped with overhead wires, with vehicles using onboard battery power on the non-electrified sections.

Bozankaya supplied the electrification equipment, substations and signalling and control equipment, as well as 10 three-section 100% low-floor buses each offering 48 seats and a capacity of 221 pasengers.