SOUTH KOREA: The International Union of Railways officially inaugurated its training centre for the Asia region, during the recent statutory meetings in Seoul. 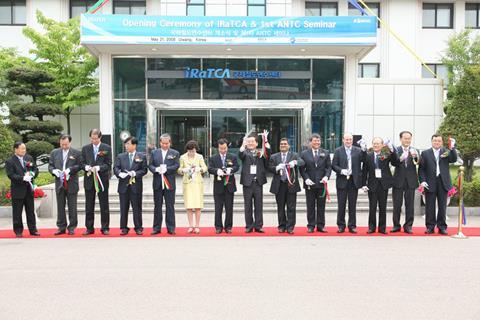 The ceremony was followed by the first seminar of the Asian Network of Training Centres, bringing together senior railway officials and training experts from the region.

Announced at the Asian regional assembly in Delhi last year, the creation of IRaTCA forms an integral part of UIC’s strategy for developing its global role through the five regional assemblies established in 2006. The centre is expected to start operation this month, with up to 140 people participating in courses during the rest of 2008. The initial curriculum is based around four main topics, with courses lasting from two to four weeks.

An initial course on Advanced Railway Technolgoy for a group of Nigerian trainees was held in March, and this month will see the first coruse on Rolling Stock. This will be followed in September by a session on International Railway Logistics, and a first course on Railway Management is scheduled for November.

According to the Head of UIC’s Asia Regional Unit Mukul Mathur, changing trends in railway training have underlined the need for a stronger collaboration between training centres in Asia. The IRaTCA management team is expected to work closely with Meryem Belhaj, who heads the UIC centre of competence for training, in order to develop common activities and projects for the Asian region.