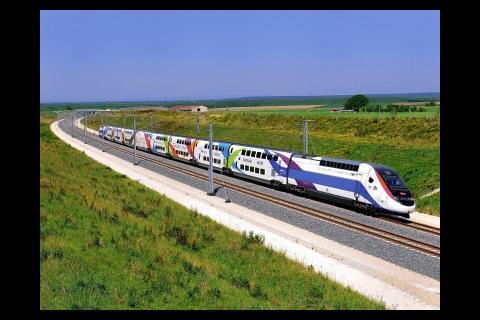 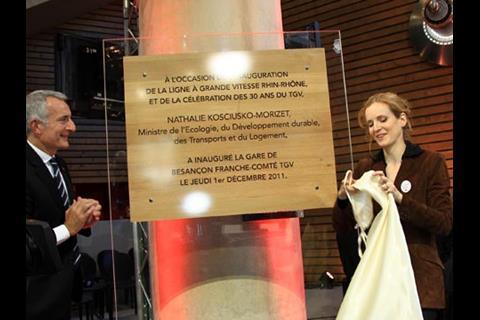 FRANCE: Transport Minister Elisabeth Borne has agreed to ‘look again’ at the timescale for completing the second phase of the LGV Rhin-Rhône high speed line, serving Dijon and Mulhouse.

LGV Rhin-Rhône opened with the December 2011 timetable change, covering an initial 140 route-km between Auxonne, east of Dijon, and Petit-Croix, southeast of Belfort. Isolated from the rest of the high speed network, the line has junctions with conventional routes at both ends to enable TGVs to serve Dijon and Mulhouse.

Two further phases to extend the line have long been on the drawing board, with the 50 km second stage seen as a priority by local politicians in the Grand-Est region. However, since 2017 the Macron government has made clear that its transport investment priorities would be on ‘everyday travel’, and the immediate hopes of extending LGV Rhin-Rhône were dashed in February 2018 when a report by the Conseil d’Orientation des Infrastructures suggested that work should be deferred until at least 2038.

After intense lobbying by local policymakers, and a study by SNCF Réseau in 2018 confirming the socio-economic benefits of the line to date, Borne suggested that the extension could be brought forward within the scope of the Loi d’Orientation des Mobilités legislation which is now being examined by the Assemblée Nationale. She indicated that COI would be asked to look at delivering the second phase in 2023-28.

This would see connections built between Auxonne and Dijon (15 km) and Petit-Croix and Lutterbach near Mulhouse (35 km); a parkway station at Porte-Neuve near Dijon has also been proposed. Expected to cost €1bn, the second phase would be expected to attract around 500 000 additional passengers per year, as well as releasing capacity on the existing network for more freight traffic.

Fabienne Keller, Sénat member for Bas-Rhin, said the announcement was ‘excellent news’, as it would place Alsace ‘at the heart of Europe, at a crossroads of two strategic high speed rail axes linking Paris with Bratislava and Frankfurt with Barcelona’. LGV Rhin-Rhône is used by a number of TGVs which do not serve Paris; such routes include Frankfurt – Marseille and Luxembourg – Montpellier. Construction of a third phase running south from near Besançon to join LGV Sud-Est near Lyon remains a long-term aspiration.