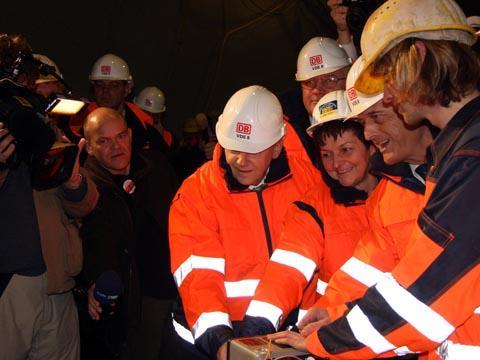 Three twin-bore tunnels totalling 15·4 km are being built for the 123 km Erfurt - Leipzig/Halle high speed line which is set to open in 2015. The route forms part of the 500 km Nürnberg - Berlin Corridor 8 which is being developed at a cost of €10bn under Germany's post-reunification investment plan.