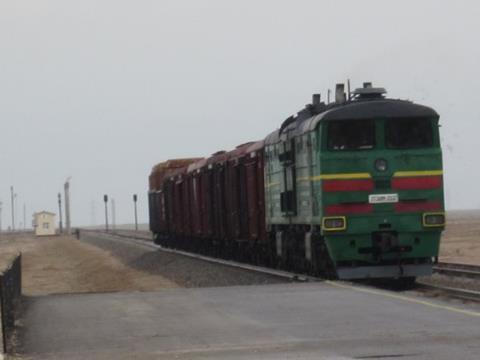 AFGHANISTAN: The government is keen to ‘eliminate the lack of rail experts’ in the country as it seeks to develop its embryonic network, according to Anwar ul-Haq Ahadi, Minister of Trade & Industry.

Speaking during a visit to the border town of Hairatan on June 22, ul-Huq said that ‘we do not have our own expertise in the fields of railway construction and operation’, which was why the 75 km line from Hairatan to Mazar-i-Sharif was built and operated by Uzbek national railway UTY.

The minister explained that foreign assistance would continue to be sought to assist in the development of a national network in the short term, but training of local staff would be an integral part of such arrangements.

‘Afghanistan is at the very beginning; we cannot expect this issue to be resolved in the coming months’, he added.