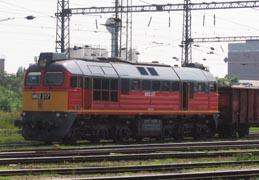 HUNGARY'S Ministry of Economy & Transport announced on November 27 that a consortium of Rail Cargo Austria and GySEV had submitted the best bid for the privatisation of MÁV Cargo. The Ministry's statement said negotiations with the winning consortium would start 'as soon as possible, so the contract might be signed by the first days of 2008.'

Minister of Economy & Transport János Kóka emphasised that as well as price the four bidders had been assessed on efficiency, future investment plans and staff interests (RG 11.07 p688). He said the trade union had agreed that RCA-GySEV had submitted the best bid.

MÁV Cargo reported a HF3bn profit on turnover of HF93bn for 2006, its first year as an independent business, and Chairman Gábor Dióssy expects 2007 to be profitable.