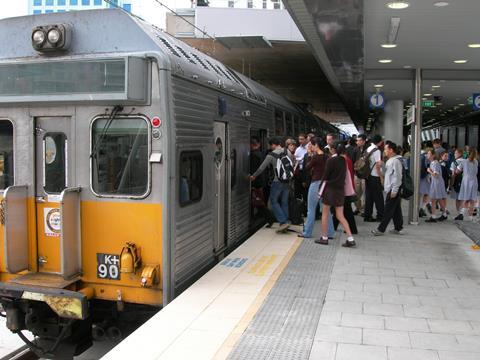 AUSTRALIA: The Labor administration in New South Wales has decided to abolish RailCorp and return the state’s rail nework to government control. Premier Nathan Rees said on October 8 that legislation would be introduced into the next session of Parliament to abolish the corporation’s management board and convert the organisation to a ‘statutory authority’.

Rees said the move was intended to restore accountability and improve services, suggesting that railway operations had been ‘at arms length from the government for too long.’ Noting that ‘commuters expect governments to be responsible’, Rees pointed out that the market-style corporate model introduced by former Transport Minister Michael Costa had left the minister with ‘little authority over day-to-day operations.

The NSW rail sector has changed extensively over the past decade, following the break-up of the former State Rail Authority. With the establishment of the NSW Rail Infrastructure Corp, train operations were initially split between the Sydney CityRail network and the inter-state business comprising FreightCorp and the Countrylink inter-city passenger services.

FreightCorp was subsequently privatised and became part of Pacific National, and control of the interstate rail infrastructure and other rural lines was transferred to Australian Rail Track Corp. This left RIC controlling only the metropolitan rail infrastructure, so in April 2003 Costa decided to merge its residual activities with Countrylink and CityRail. RailCorp was formally established in 2004 under the State Owned Corporations Act, but reportedly suffered from a difficult relationship between the transport minister and the corporation’s former CEO Vince Graham who resigned earlier this year.

A study of CityRail operations commissioned from Boston Consulting Group by the previous administration had recommended significant cuts in the ‘bloated’ workforce and outsourcing of rolling stock maintenance to improve productivity and performance. According to the Sydney Morning Herald, a review by the Independent Pricing & Regulatory Tribunal suggested that streamlining RailCorp could save A$1bn over the next four years.

According to Rees, abolition of RailCorp will release more money for ‘front-line’ operations. The decision was welcomed by union representatives, who have clashed repeatedly with RailCorp management over proposed productivity initiatives and other changes to working practices.