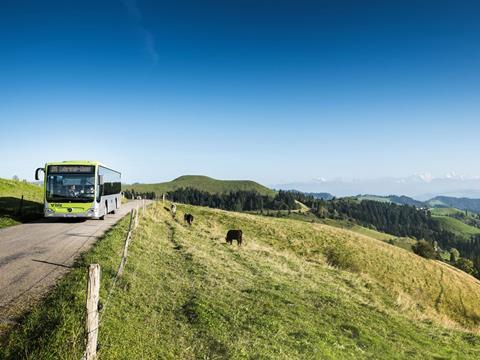 SWITZERLAND: Plans are being drawn up for a reorganisation of the way regional public transport services are procured in a bid to ensure that they remain efficient and sustainable in the long term. Proposals for reform were discussed at a meeting in early May between the Federal Office for Transport (BAV) and the Conference of Public Transport Directors of the Cantons.

The Federal Council had requested proposals in June 2016 with a view to BAV making a formal submission by the end of 2018. Two options were submitted in September 2017, and these have now been examined in greater detail.

The ‘Optimisation’ proposal envisages that federal government and the cantons would continue to jointly procure and finance bus and rail services. The ‘Partial Unbundling’ option would see bus services procured and funded solely by the cantons. Both are seen at this stage as acceptable outcomes.

The Partial Unbundling option would offer additional synergies between local and regional bus services. Federal government would continue to fund bus services through an index-linked lump sum for the cantons based on current figures. The Optimisation option on the other hand would enhance interaction between supply planning and the relevant funding.