Siberia across your screen 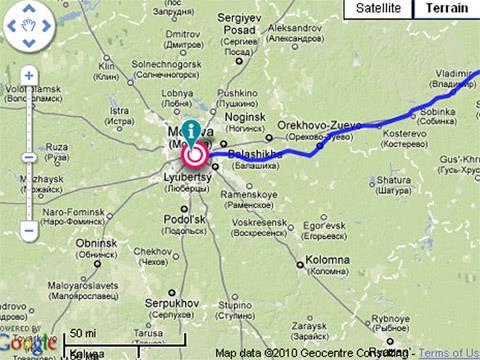 RUSSIA: Google and Russian Railways have launched a ‘virtual’ Trans-Siberian journey from Moscow to Vladivostok.

Anyone with a broadband internet connection will be able to make a 'journey' along the route starting from any city or station without leaving home.

Video footage totalling around 150 h was shot through a train window during daylight hours, enabling the viewer to watch almost 9 300 km of scenery pass across their screen. The journey can also be tracked using Google Maps, allowing the user to click on any point to see footage of that section of route.

Users can also sample a short travelogue hosted by ‘virtual guide’ Yelena Abitayeva, a Moscow-based DJ, who stops off at various towns along the line to sample local sights and cultural activities.

Two film crews undertook the mammoth task in August 2009, stopping each night along the way. Their journey took 30 days instead of the normal six.

‘This project is very special to us,’ Konstantin Kozmin, Marketing Director at Google Russia, told The Moscow Times. ‘We hope it will become the starting point for many real trips across Russia.’