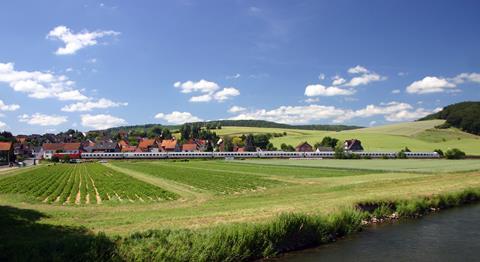 GERMANY: An electronic interlocking at Kreiensen in Niedersachsen has been upgraded by Bombardier Transportation to support an increase in traffic through the junction.

First installed in 2011 by DB Netz and Bombardier, the EBI Lock 950 computer-based interlocking has seen its software modified to give greater reliability and cybersecurity performance. It now meets the requirements of the latest European Eulynx/NeuPro digital railway and communications standards.

Since June, the junction at Kreiensen has seen a spike in train movements because of a six-month closure for track renewals of the Hannover – Göttingen high speed line, with trains running through Kreiensen as the primary diversionary route.

According to Bombardier, the EBI Lock 950 CBI is a forerunner of DB’s next generation of digital interlockings, providing the interface between central traffic control and trackside equipment.

It utilises IP architecture, managing an area of approximately 60 route-km with more than 300 trains per day.