The Greener Railway now available to watch on demand 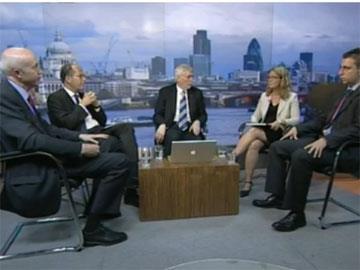 RAILWAY GAZETTE TV: Rail transport will still be the most environmentally-friendly mode of transport in the next decade, despite advances in energy efficiency and reduced emissions being developed in the automotive and aviation industries, believes UNIFE Director-General Philippe Citroën.

Speaking in Railway Gazette's interactive debate on The Greener Railway, now available to watch online, Citroën explained that research is already starting to provide benefits in many areas, from lighter materials and traction technology to advisory systems and better use of resources. Many of these also form key elements in the proposals for the Shift2Rail joint technology initiative, which will be presented to the European Commission next month.

Managing Director Nick Donovan explained how UK franchise operator First TransPennine Express had reduced fuel consumption by around 15% over the past five years, working with Siemens to develop an 'eco-driving' mode for its Class 185 DMUs and training drivers in fuel-efficient driving techniques.

Combined with significant increases in ridership and load factors, this had effectively halved CO2 emissions per passenger-km. Welcoming the forthcoming electrification of FTPE's core routes in the next few years, Donovan suggested that securing diveristy in energy sources would be a key challenge in the years ahead.

Chymera emphasised that improving energy efficiency and environmental impact should be pursued at a systems level, considering track, train and other elements together. He also called for greater collaboration between industry, operators and academics in future research, and this view was endorsed by the other panellists.