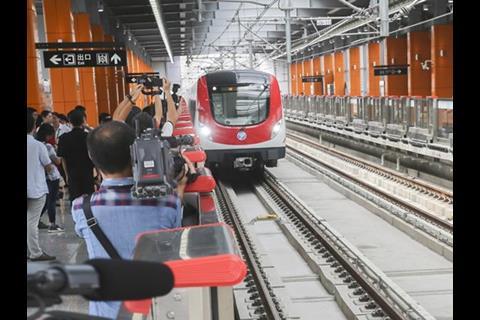 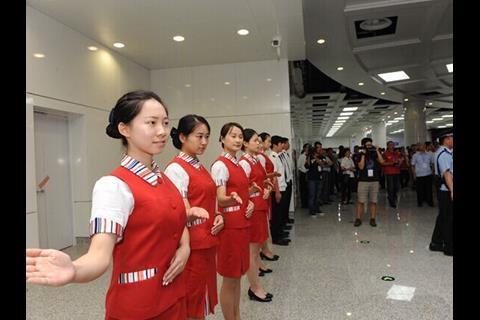 Starting at Lishe International Airport in the southwest, the route runs northeast to the long-distance coach terminal, Ningbo Railway Station and Gulou, where interchange is provided with metro Line 1. It then crosses the Yao River and terminates at Qingshuipu in the northeast of the city. The depot is at Huang’ai near the southern end of the line.

The first phase of Line 2 was approved in August 2008, and a feasibility study was carried out in 2010. Construction started on December 23 2010.

CSR Zhuzhou has supplied a fleet of six-car Type B trainsets, similar to those in service on Line 1, the first of which was delivered in November 2014.

The second phase, due to open in 2017, would extend the line by 10 km and six stations from Qingshuipu to Xiaogang.

The initial section of the east-west Line 1 opened to passengers on May 30 2014. Expansion plans envisage a six-line network, with two further lines under discussion.