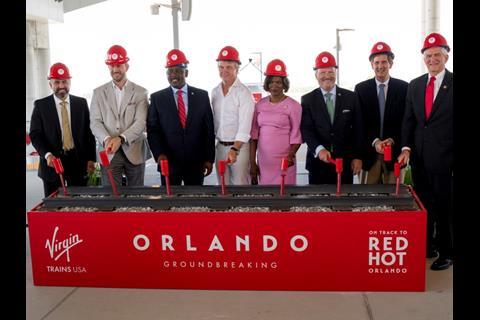 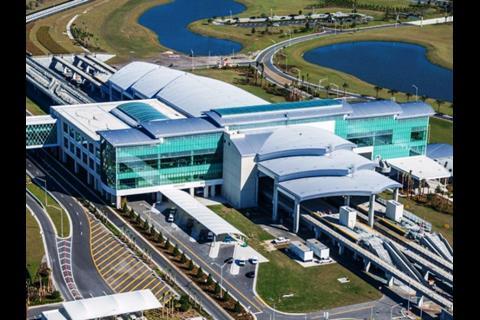 Contracts were awarded in May for construction of Phase 2, which represents a private-sector investment of $4bn. The project includes the restoration of double-track on the existing Florida East Coast Railway from West Palm Beach northwards to Cocoa and the construction of a fully segregated 200 km/h alignment from there to the new airport station.

Passenger services on the existing Miami – West Palm Beach route are scheduled to be extended to Orlando in 2022. The operator expects to carry more than six million passengers/year once the route has been completed, predicting a ‘direct economic impact’ for the state of US$6·4bn.

‘This is a historic milestone on the path to reinvent passenger rail in America and clearly demonstrates the leadership role that the private sector can play in revitalising our nation’s infrastructure’, said Wes Edens, Chairman of Virgin Trains USA and co-founder of its backer Fortress Investment Group at the groundbreaking ceremony. ‘Virgin Trains’ service between Orlando and Miami will launch an American passenger rail renaissance. We expect that this will be the first of many passenger lines in the US that follow this model for connecting city pairs that are too close to fly and too far to drive.’ The company is already planning to build and operate a service connecting Las Vegas and southern California.

US Congress Representative for the Orlando district Val Demings said the expansion of the ‘first-of-its-kind’ inter-city service would be ‘vital in our effort to reduce congestion and add fast, easy, and affordable ways to move throughout our region’.