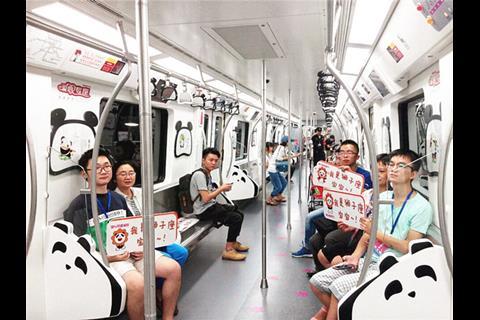 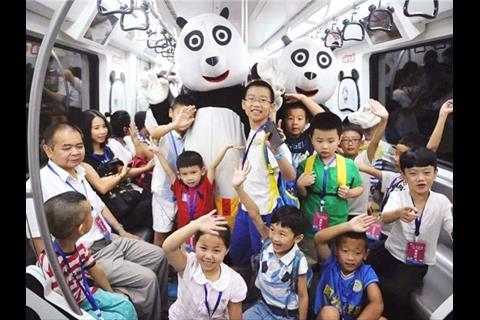 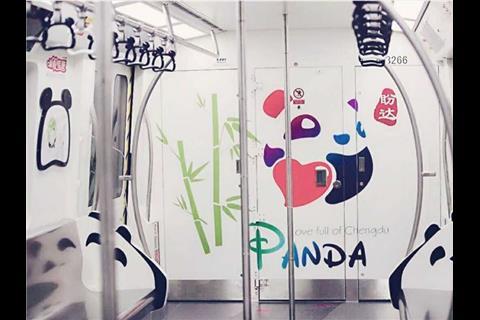 CHINA: A panda-themed train marked the start of passenger service on the fourth line of the Chengdu metro on July 31. The interior featured panda motifs, including handles shaped like panda heads, poles painted to resemble bamboo and footprints on the floor. In addition, the announcements are made using a child’s voice.

The first phase of Line 3 runs underground from Junqu Zongyiyuan in the northeast to Taipingyuan in the southwest. Construction started in April 2012, and test running was carried out between April 16 and July 16.

Three of the 17 stations on the 20·4 km route offer interchange with other metro lines, and a further four will become interchanges once the full metro network is completed. Line 3 serves the city’s zoo, home to the Chengdu Giant Panda Base.

CRRC Changchun has supplied 24 six-car Type B sets. The stainless steel bodied trainsets have traction equipment supplied by Alstom and its local joint venture Shanghai Alstom Transport Electrical Equipment Co Ltd. Maximum speed is 80 km/h, capacity is 1 460 passengers and the trains are equipped with wi-fi that transmits real-time fault diagnostics to the depot.

Phases 2 and 3 would extend the line at both ends. These are expected to open in 2018 and would bring the route to 53·7 km. Work is due to begin on a further five metro lines this year.