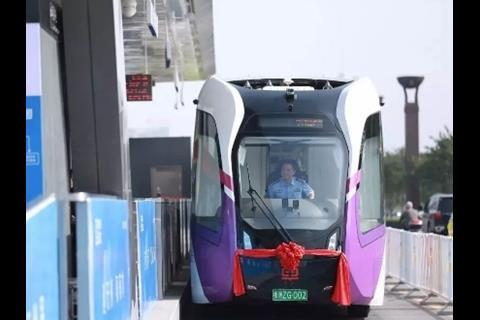 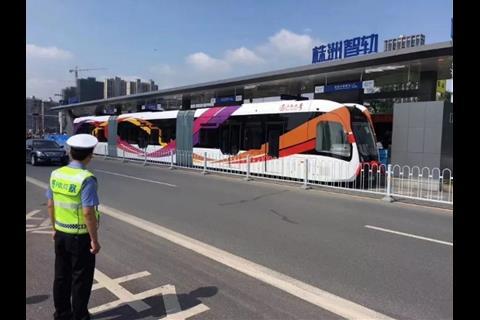 The 3 km first phase of Line A1 has four stops. A second 9 km phase is due to enter service later.

The articulated battery-electric bus uses sensors and radar that can keep it to its own lane on the road and help it to plan diversions in case of traffic disruption. In order to have priority at road junctions, the vehicle sends a signal to traffic lights when it is 100 m away.

The 31·6 m long three-section vehicle has a maximum speed of 70 km/h and capacity for 300 passengers. Its batteries are charged through a roof-mounted pantograph at fast chargers installed at the termini. A 10 min charge gives 25 km of range.

CRRC Zhuzhou started testing the Autonomous Rail Rapid Transit vehicle in October. The company says that since the vehicle was unveiled in June, 150 study groups have visited. These include 20 from abroad, including parties from the USA, UK, Singapore, New Zealand and Brazil.