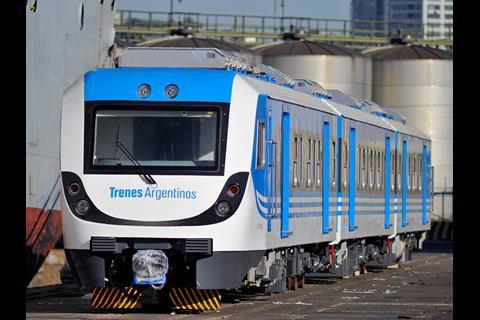 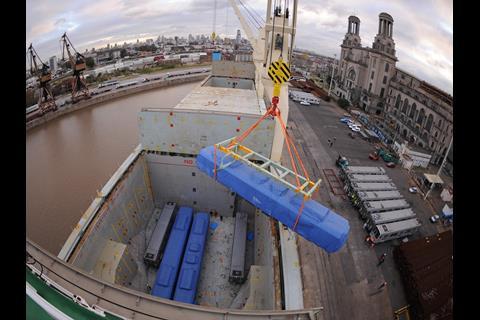 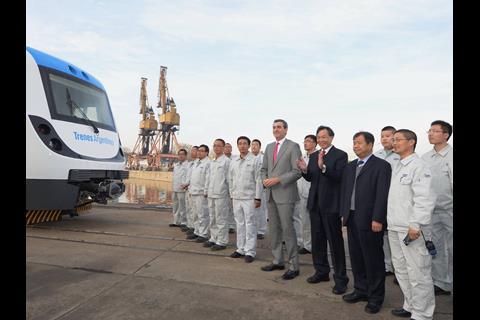 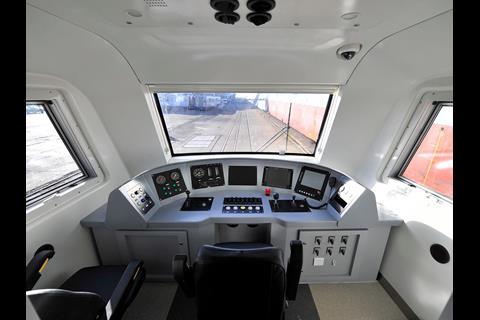 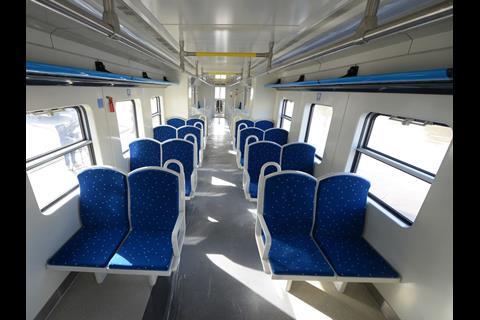 ARGENTINA: On July 7 Minister of the Interior & Transport Florencio Randazzo visited the Port of Buenos Aires to inspect the first of 27 three-car DMUs ordered from CNR of China for the Belgrano Sur commuter network. According to Randazzo, the new vehicles would be operating ‘in 45 days’.

Alongside the introduction of the new fleet, Randazzo said that the government was undertaking a comprehensive programme of track renewals on the 1 000 mm gauge network serving the southwestern suburbs of Buenos Aires. All 28 stations are being refurbished.

‘We are making good progress in meeting all the commitments that we have set ourselves’, said Randazzo.