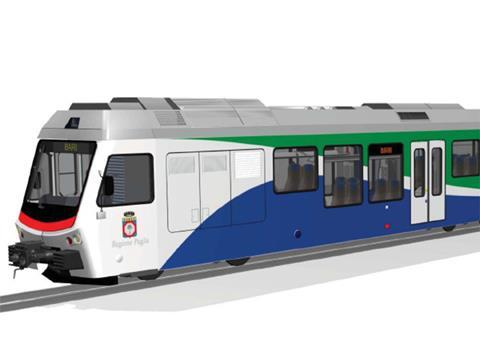 Stadler will deliver four three-car and five two-car units between February and June 2013 under the €43·8m contract signed on March 29.

To be based on five units ordered by Ferrovie della Calabria in 2007, the 100 km/h Stage IIIA compliant DMUs will be 50% low-floor, with wheelchair and bicycle spaces. The two-car units will have 92 fixed and eight flip seats, while the three-car units will have 147 seats and 10 flip seats.

The order takes the number of trainsets Stadler has sold in Italy to more than 100.