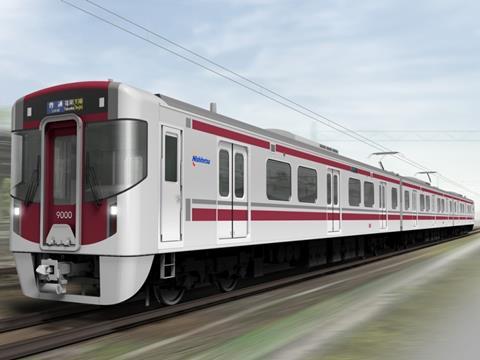 JAPAN: Kawasaki Heavy Industries is to supply 18 Series 9000 electric multiple-units to Nishi-Nippon Railroad Co for use on the 78 km Tenjin Omuta Line between Fukuoka and Omuta.

To be manufactured at KHI’s Hyogo factory near Kobe, the EMUs are due to be delivered by March 2017 and will replace the Series 5000 Series EMUs that date from 1975-91.