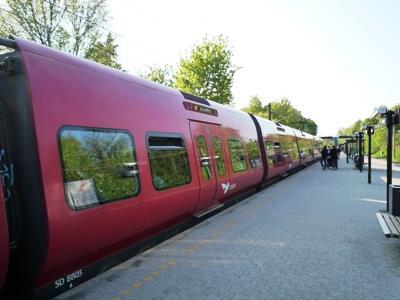 Due to be confirmed later this month, the CBTC deal is the first of four major contracts for resignalling the entire Danish rail network. The other three, a framework contract for ETCS onboard equipment and two packages for installation of ETCS infrastructure on the eastern and western halves of the network are due to be announced by the end of this year. A turnkey contract for national installation of GSM-R was awarded in June 2010.

In drawing up its resignalling strategy, which was approved by the government in January 2009, Banedanmark decided to use metro-style CBTC rather than ETCS for the S-bane network, which is electrified at 1·5 kV DC and thus effectively segregated from the rest of the railway. This is intended to pave the way for the introduction of driverless operation.

Siemens is to supply its Trainguard MT modular CBTC with airwave radio communications, as installed on Beijing metro Lines 8 and 10 ahead of the 2008 Olympic Games. This will operate in either the 2·4 GHz or 5 GHz bands, offering a full moving-block capabilility. The modular design includes provision for automatic operation, in both attended (STO) or driverless (UTO) modes. According to project insiders, the København network will also be equipped with axle-counters to provide back-up train location.

The programme envisages two years for design and two years for testing, followed by six years for full roll-out. Banedanmark has selected the northern route between Lyngby and Hillerød as its ‘early deployment’ line, where the CBTC is to be installed for in time to permit STO operation from 2014.

The roll-out will follow a line by line approach as existing equipment becomes due for renewal. This is expected to start with the outer parts of the Frederikssund and Høje Tåstrup lines, followed by the Køge line. The central cross-city core will be equipped at a later stage, allowing time for the equipment to achieve ‘maturity and efficiency in deployment and operation’ before of tackling the most critical section of the network.