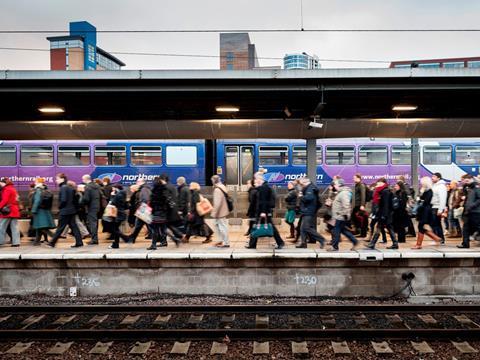 UK: A research programme by DeltaRail is seeking to analyse train operators’ Twitter traffic to assess passenger satisfaction. It has been running for four months, and has already produced results which correlate with other satisfaction surveys

DeltaRail analyses the content of tweets in the form of a ‘word cloud’. Generally, Twitter traffic will largely contain requests for information on services, plus a mix of favourable and critical comments. When services are disrupted, the proportion of negative comments increases rapidly.

DeltaRail converts the analysis of each train operator’s Twitter traffic into a ‘satisfied’ percentage and compares the results against surveys carried out by official watchdog Passenger Focus and the consumers’ association Which? These surveys are based on different methodologies: the National Rail Passenger Survey conducted by Passenger Focus seeks passengers’ views on the quality of their journeys on the day of the survey, while Which? asks rail users among its members to consider recent journeys, which may lead to those affected by disruption shaping overall perception of an operator.

DeltaRail’s analysis is based on real-time reaction to the operation of the railway, when passengers are more likely to react adversely to disruption.

Each methodology produces level a level of passenger satisfaction. The preliminary results of the DeltaRail research appear to correlate with the two established surveys, typically falling eight percentage points below Which?

DeltaRail has also found that patterns emerging from the word cloud in real time can provide early warning of service disruption. The company reports that Twitter analysis can predict a service failure as much as 20 min before it appears on the National Rail Enquiries website.